Are you looking for more ways to save money and be frugal? This month we REALLY started tracking our spending, and it’s been eye-opening. We totally thought we had our restaurant spending under control, but we were WRONG. 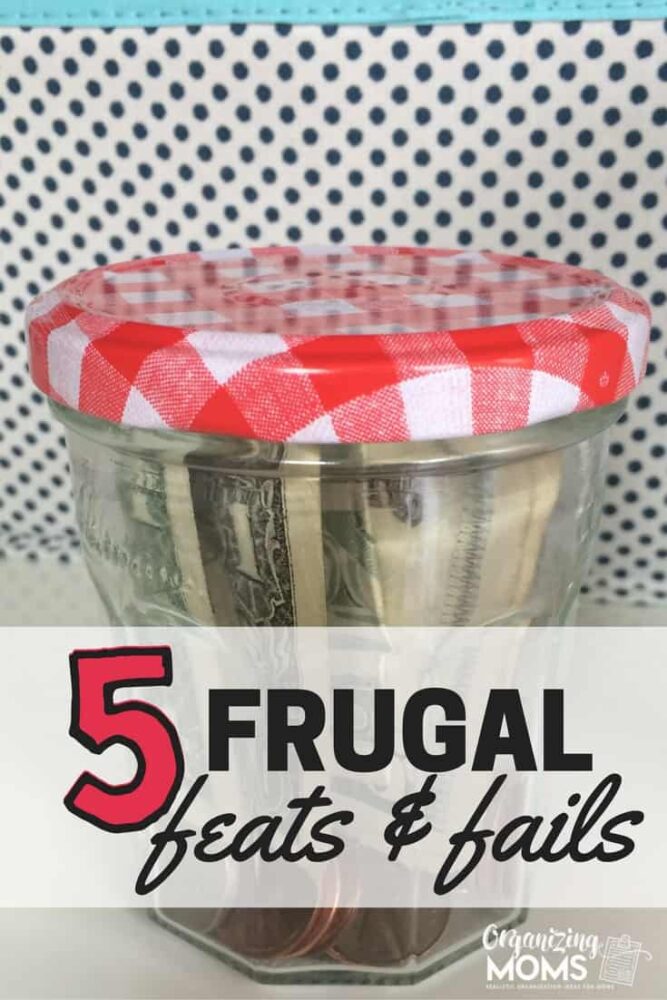 To keep myself accountable, and to open up the chance for us to talk about frugal living tips, I’m going to post 5 frugal feats and fails each week.

Click here to see all the frugal feats & fails posts in one spot.

What does frugal living have to do with organizing? Pretty much everything!

Now, on to the frugal feats and fails!