Do you have trouble finding the right pair of shorts when they’re stored in a drawer? For me, storing shorts in drawers has always been messy. I end up digging around through the drawer to find the shorts I want to wear, and the shorts end up getting wrinkled. I solved this problem by doing a simple organization with shower curtain rings project. This is one of my favorite organizing ideas I’ve implemented in our closet this year.

I got rid of a lot of the clothes that don’t fit me anymore, so I ended up with extra space to hang clothes in my closet. I decided to use shower rings to organize my shorts after I’d seen the idea posted on several other organizing websites. 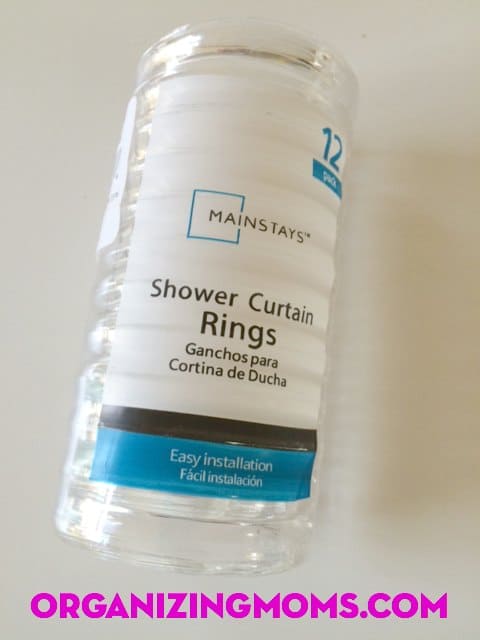 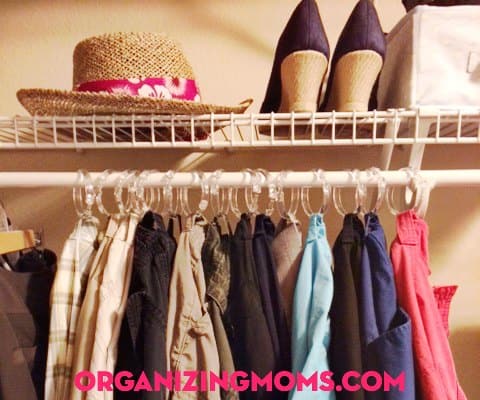 I hung all of the shower curtain rings with the opening facing the same way to make it easier to hang the shorts quickly. 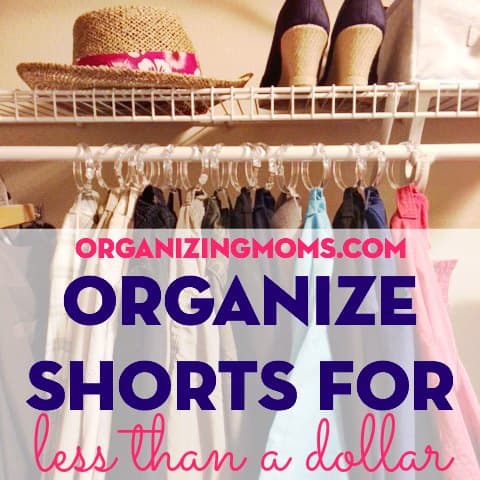 Other Ideas for Organization With Shower Curtain Rings

Some other things you could do with shower curtain rings are:

Looking for more ideas for organizing with shower curtain rings? Check out these articles:

How to Organize Baseball Hats for Less Than a Dollar