Do you have areas in your home that are always cluttered? No matter how many times you try to tidy them up, they’re always accumulating more clutter. 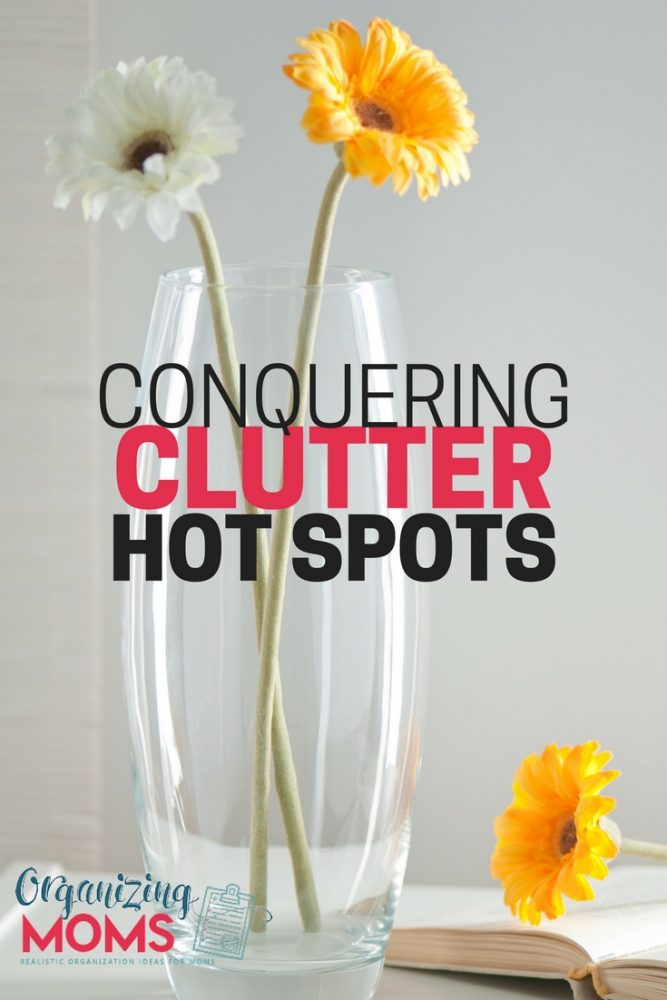 Those areas are called hotspots.

In our house, the hotspots are my desk, the playroom, and the kitchen counter.

They can go from clean-and-tidy to out-of-control in less than 20 minutes.

I’ve been trying to organize and declutter my home for years now, and I’m always especially frustrated by these hotspots.

I used to be a big fan of the Fly Lady’s podcasts, and when she taught her audience about hotspots, I was happy to know that I’m not alone in my frustration.

Instead of wasting our energy being frustrated, here are some things we can do to minimize the destruction of hotspots: 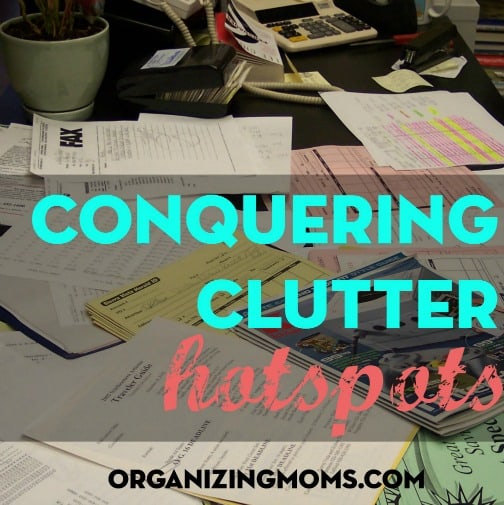 How to Conquer Clutter Hotspots