Are you finding it difficult to get rid of your stuff? Parting with our things is never easy, and letting go of stuff takes a lot of work. One way to ease the pain of decluttering is to do a little bit every day. That’s how I built my own decluttering habit, and here’s my story: 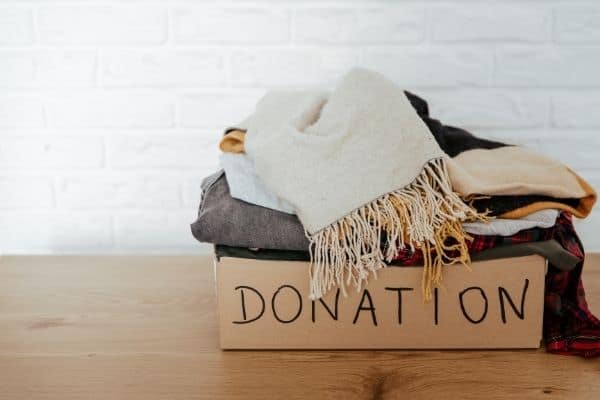 About this time a few years ago, I hit a wall of clutter. For real.

It was early in the morning, and I was going to the kitchen to start making our morning coffee. It was still dark outside, but I know our house well, so I just continued on the same path I take every morning.

Then I felt myself walking into something as high as my shoulder that wasn’t normally there. And then I heard a crash.

I had knocked down a tower of boxes our Christmas gifts had been delivered in! Annoyed, I turned on the light to see what I had done, and I realized that we were running out of room.

There weren’t many more places to put those boxes until recycling day.

Something needed to change.

My Thinking Had to Change First

Even though running into the box tower was startling, it made me wake up and see our stuff for what it really was. I looked at the quantity and the quality of the things we were bringing into the house, and I realized I needed to do two things:

Christmas and birthdays (we have two December birthdays in our house) were already done, and I could see that we had a ton of new toys and things for the kids.

There wasn’t much I could do about it now, but I needed to come up with a plan to make space for the new stuff without freaking anyone out.

I Started With Me

It was tempting for me to get rid of a ton of the extra toys we had in our house. But, as I looked at our house’s overall clutter, I realized that if I just worked on the stuff I was in charge of that would have a huge impact.

Since I can really only control myself, I started with me.

And hoped my family would notice!

I Started With the Easy Stuff

I put together a decluttering plan for myself that focused on the easy stuff first. I wanted to get rid of the stuff that would make the biggest impact right away. So, you’d better believe I broke down those boxes and carted them off to the dump as one of my first decluttering tasks!

After just a week, I started to see big changes in our house. It wasn’t perfect, but things had been cleared. I could make my morning coffee without injury. It was a great feeling!

At this point, I noticed my family starting to pitch in too. Especially my husband! He’s much more neat than I am, and he started doing his own decluttering projects around the house. Yay!

While I’ve made some big efforts to stop the inflow of new stuff into our house, I know that I’m always going to have to be on top of decluttering. And, really, it’s not that bad if I just do it for 10 minutes a day.

I started working decluttering into my daily routine so I wouldn’t get as overwhelmed as I had in the past.

When I start to let the decluttering slide, I notice it!

It’s Okay to Start Over

If I get behind on decluttering, or we have a busy week and I slack off, I try not to beat myself up about it.

It’s frustrating when I see an area that I just decluttered a few days ago (like my desk!) get messy again. But that frustration melts away after I work at getting rid of the clutter for 10 minutes.

Decluttering is something I have to do all the time. It’s not a one-time job, it’s a process. There will be big wins and big setbacks. It’s okay!

We are managing all of the things that go along with growing, active families. There’s a lot of stuff associated with that, and that’s just the way it is.

You Can Do This Too

If you’ve hit a wall of clutter too (either figuratively or literally), the best thing you can do is find the area that’s bothering you the most, set your timer for 10 minutes, and start decluttering.

For me, the worst offenders were those boxes. For you, it’s probably something else. Figure out what’s bothering you and go after it!

I’d also recommend to start with something that’s your own. You won’t gain a lot of decluttering allies if you start out by getting rid of someone’s old record collection.

A Detailed Decluttering Guide for Beginners 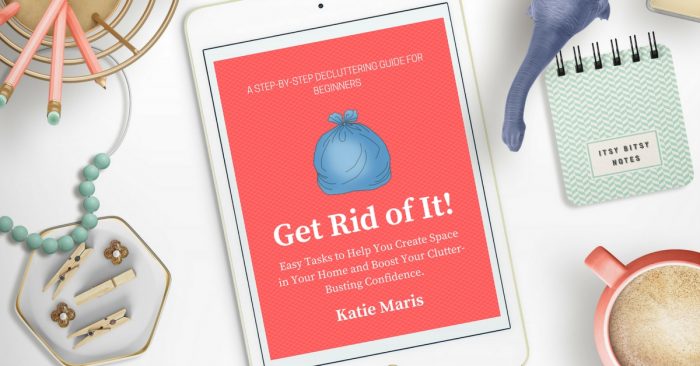 If you’re looking for ways to build your own decluttering habit, Get Rid of It! (a step-by-step decluttering guide for beginners) has you covered.

It’s an ebook that outlines 30 easy decluttering tasks that are designed to help you see progress in your home.

It also has additional resources and guidelines that will keep you from getting overwhelmed, and help you know what to do with all of the stuff you’re decluttering.

It’s designed to help you build your clutter-busting confidence so you can more easily get rid of the stuff that’s been holding you back.

If you’ve had it with the clutter in your house, try a 10-minute declutter today! Take before and after pictures on your phone so you can really see your progress.

You’ll be amazed at what you can do in 10 minutes!

WANT TO SAVE HOW TO BUILD A DECLUTTERING HABIT FOR LATER? SAVE IT TO YOUR FAVORITE PINTEREST BOARD. 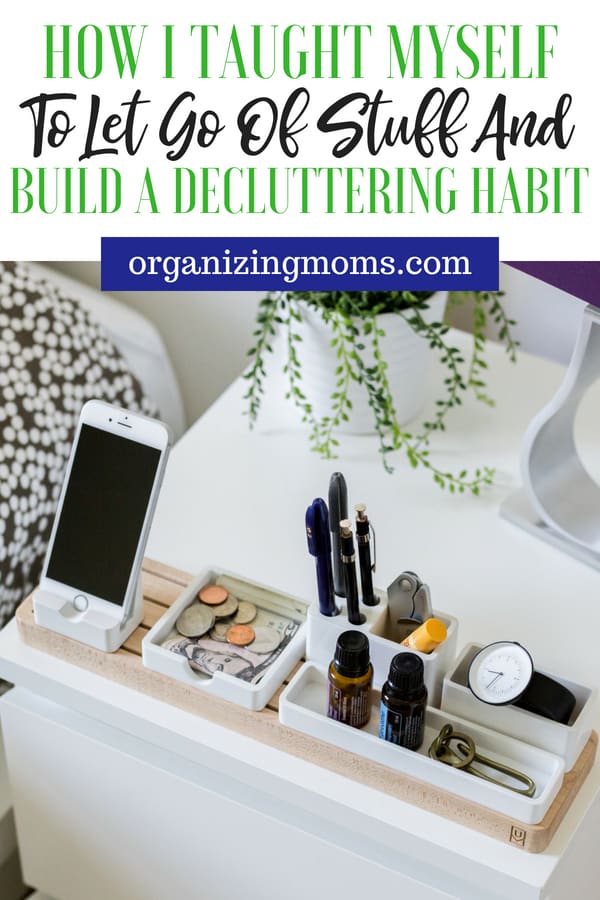 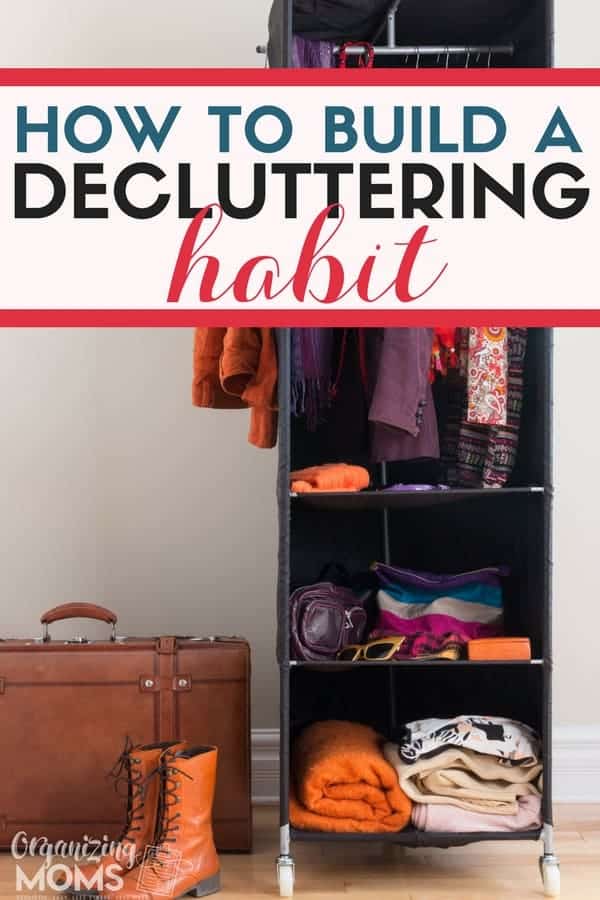 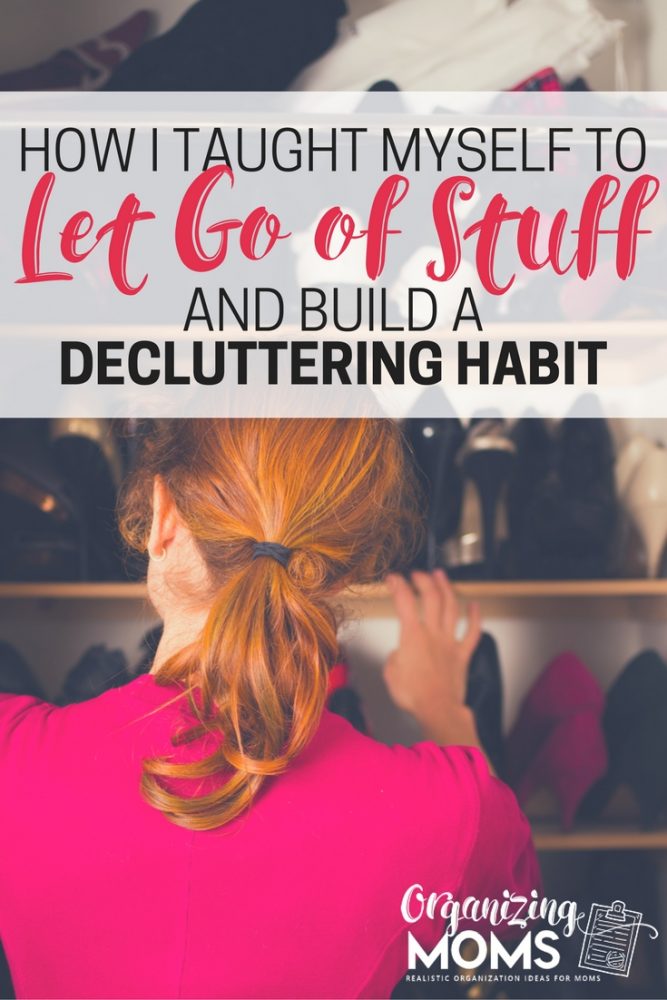